Home >> Kampanyalar >> Dayanışma >> YDG Frankfurt: “We shall not forget the Roboski Massacre!” 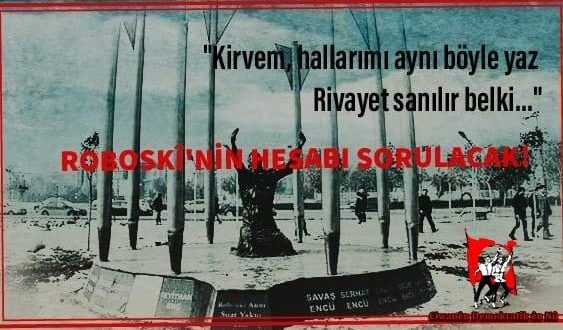 YDG Frankfurt: “We shall not forget the Roboski Massacre!”

We shall not forget the Roboski Massacre (2011) as we did not forget following atrocities perpetrated by the fascist Turkish state: Armenian genocide, Dersim massacre, Maraş massacre, Sivas – Madimak massacre, massacre of political prisoners (2000) and many others like Cizire and Afrin…
On 28th December 2011 between 21:30 and 22:30 Turkish war planes killed 34 civilians including children in Roboski (Sirnak, Turkey)
Was this an accident?
Officials and the army knows for many years peasants in this area use these routes to smuggle goods crossing the Iraq border. We also know that the Turkish army is also taking advantage of this smuggling because Kurdish populated areas are being ignored economic development, faced massacres and are denied have no other income other than smuggling. It was obvious that on the 28th December 2011 unarmed civilians used the route they have been using for years to get to their homes. They were spotted, helped by USA intelligence, and the group containing children and young people were bombed by the planes. The army knew very well these were not armed guerrilla groups but civilians crossing the border to get their daily want. Turkish army deliberately massacred 34 civilians.
Turkish media tried to cover this massacre
Turkish state tried to cover up this massacre. It was only reported by the alternative media. After 12 hours Turkish mainstream media announced the massacre as an “accidental bombing”. After 27 hours, Turkish government announced that nobody was responsible for this massacre. Those responsible for the massacre has still not been found after these years. All attempts of investigations were cut by the state. Investigations which were not conducted properly resulted in covering the massacre as an “accident”. “justice for Roboski” platformed was formed by over 850 NGO’s, political organisations including Turkish and Kurdish organisations.
The Roboski massacre is clearly a state act of violence and a crime against humanity. However, this massacre, which is attempted to be covered by the so-called “accident” is a widespread policy of Turkish state which existed for many years: Denial of Armenian Genocide (1915), Dersim Genocide (1937/38), Maras massacre (1978) and Sivas Madimak massacre which resulted in killing of 35 people, shows how State is dealing with its own history.
More than 5 thousand democrat, progressive, patriotic and revolutionary people who were struggling for democracy and peace and questioning the backdrop of the massacres were imprisoned as a result of the instructions of Erdogan, the head of the Turkish state.Turkish state, instead of confronting with it past, choose to kill those who investigate its massacres. (Musa Anter was killed in 1992 and Hrant Dink was killed in 2007).
From Armenian genocide to Roboski, we will continue to ask for the account of massacres and genocides
We shall not be silenced.
We shall not forget or cause to forget the Roboski Massacre 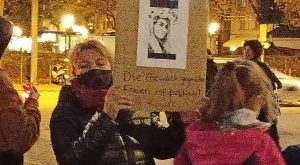