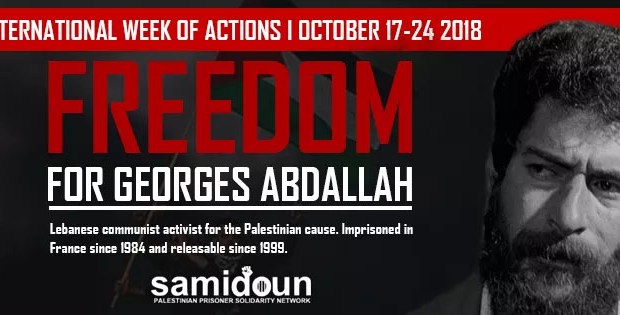 The calendar of the International Week of Action for the freedom of the revolutionary Georges Abdallah, who is imprisoned in France since 1984, has been announced.

Abdallah, who acts with the internationalist consciousness and who devoted a big part of his life to the struggle for the liberation of the Palestinian people, has always been in solidarity with the people fighting imperialism.Thus during his imprisonment of 34 years, he made no concessions to his principled position and determined his attitude towards imperialist aggression.

Georges Abdallah, who regularly shared his statements against the attacks on the oppressed people during his imprisonment, is still considered a danger for the imperialist powers. The fact that Abdallah’s previous lawyer was a secret agent confirms their fear. Abdullah will enter his 35th year in prison on the 24th of October, but legally he should have been released since 1999.

According to the statement of his lawyer, it was stated that since the first day, there had been no evidence of the actions that he is accused of and that this is often mentioned in the objections and the statements to the authorities of the French state. Jacques Attali, an adviser of Francois Mitterand, the former president of France, wrote in his book, published in 1988; “There is no evidence of the accusations against him. There is only a evidence of the use of a fake passport.” However, he was sentenced for being a member of the Lebanese Revolutionary War Unity.

As the Confederation of Workers from Turkey in Europe (ATIK) and the International Committee for Solidarity with Political Prisoners (UPOTUDAK) we call upon all democratic forces to take place in the actions for the immediate release of this honorable revolutionary, who is imprisoned for long years without any legal basis and who always showed his revolutionary solidarity with the hungerstrikes in the Palestinian and Turkish prisons, despite his circumstances.

Freedom For Georges Abdallah And All Other Political Prisoners!
Long Live International Solidarity!
Long Live The Comradeship Of The People! 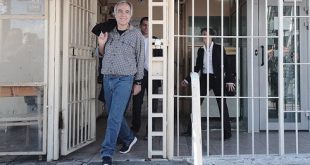 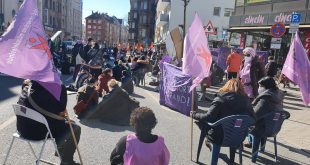 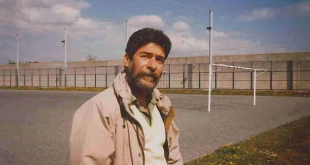